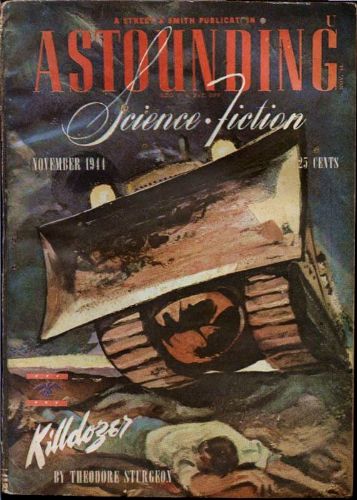 Today, I'm happy to bring you another guest review. This time around, the subject is "Killdozer!", a science fiction horror novella by Theodore Sturgeon. So I hand over to Don Briago to share his thoughts on "Killdozer!":

“Killdozer!” is a novella by Theodore Sturgeon. It was first published in the November 1944 issue of Astounding Science Fiction, and is therefore eligible for the 1945 Retro Hugos. The story may be found online here.

It has been reprinted many times since. As a kid I came across the story in one of the excellent Spectrum anthologies edited by Kingsley Amis and Robert Conquest. For this review I read the version that appears in Killdozer!, the third volume of Sturgeon's collected stories, which contains a wonderful general introduction by Robert Silverberg and informative notes on each story by Paul Williams.

As recounted by Williams, the origin of "Killdozer!" is probably more interesting than "Killdozer!" itself. It was possible - barely - to scrape a living as a pulp writer if you were very prolific, but throughout his career Sturgeon's output was irregular. During the early Forties, he had a pretty good excuse for being distracted, what with a world war breaking out. The army hired him for various gigs, one of which involved operating a bulldozer, a job Sturgeon found not only well-paid but enjoyable.

The army shipped him here and there. By the time Sturgeon wound up in the Virgin Islands, he hadn't written anything for over four years. (Between lying on the beach or churning out pulp fiction, which would you choose?) Financial desperation - the freelancer’s muse - forced him back to the typewriter, and his creativity erupted. He finished the thirty thousand words of "Killdozer!" in nine days, and mailed the manuscript to John Campbell at Astounding.

The legendary editor loved it. He stopped the presses so he could run "Killdozer!" as Astounding's next cover story. As both Silverberg and Williams note, Campbell paid Sturgeon the princely sum of $542.50, equivalent to ten grand today. Its success led to a (very inferior) bulldozer sequel, a Marvel comic, and a 1974 TV movie that looks so cheesy I'm dying to watch it. It also inspired the formation of a proto-grunge band called Killdozer. Not bad for nine days' work.

The most successful story Sturgeon wrote was probably also his least characteristic. Sturgeon was widely acclaimed for his casual lyricism and humorous warmth. Neither quality is evident in "Killdozer!" It is pure action, plain and simple. There is no literary innovation here. As Cora recently pointed out, at this time many SFFers were writing stories about malevolent, autonomous machines, though I'm not sure if Sturgeon was aware of the trend during his long fallow period. 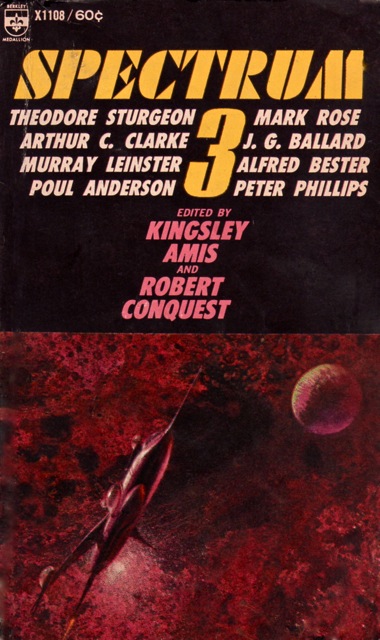 “Killdozer!” starts with a truly awful and unnecessary infodump summarizing the history of a lost civilization that was destroyed in a war against sentient machines. All that's left in its ruins is "neutronium", a field of concentrated energy that could quite possibly wreak havoc. You think, "Oh no, is this going to be a Lovecraft thing where an ancient artifact unleashes eldritch horrors upon the hapless men who disturb its rest?" Yes, it is, but there's no overwrought Lovecraftian atmosphere. Thankfully, the neutronium doesn't really matter, and for the most part Sturgeon retains his light touch.

The hero is a guy named Tom, his foil is a guy named Chub, and there are six other guys who are more or less interchangeable. Their expository dialogue informs the reader that they are a construction crew sent to a deserted Pacific island to pave an airstrip. Which means nobody will be around to rescue them if, for example, they accidentally desecrate an ancient temple housing a nameless evil and it starts disemboweling them. (Campbell no doubtsaw the resemblance to his own seminal story "Who Goes There?" in which a group of isolated men get picked off one by one by a shape-shifting alien.) All of this set-up takes far too long for my taste and suggests Sturgeon's storytelling skills were indeed rusty.

We meet the real star of the show, the bulldozer, and she's a beaut, a D7 model whom the boys on the crew have nicknamed Daisy Etta (a corruption of "De Siete", Spanish for D7.) Then there's a bunch of boring conversation about the crew's past experiences in construction. Sigh. When your readers pick up a story called "Killdozer!" (complete with exclamation mark) they know what's coming once you introduce the bulldozer. You should get on with the anticipated rampage. When I was a kid I thought, "Less talking, more killing!" as I worked my way through the filler, and I felt the same impatience today as a nominal adult.

When Daisy finally makes her first kill, Tom suspects it's due to a technical malfunction, not because she has been possessed by an eldritch horror, so he sabotages her innards and siphons all the gasoline from her tank. That doesn't stop her, of course, and she kills again. The other crew members suspect Tom of the murders. By the time they accept the fact that Daisy has somehow become a sentient serial killer, half of them are dead. 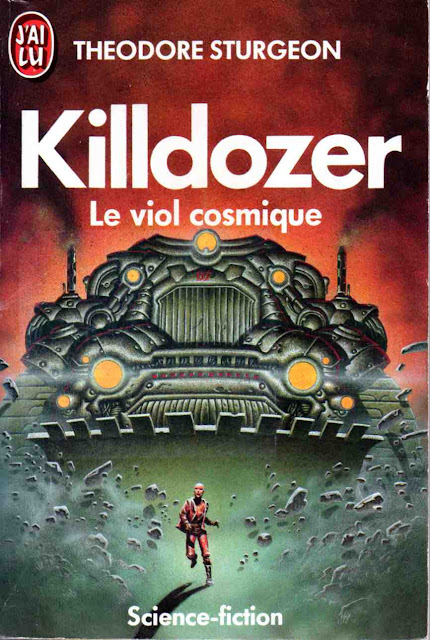 What follows is the heart of the tale, a cat and mouse game between Daisy and the surviving crew, and it's genuinely gripping. I'll pick three nits, namely the depiction of the crew's Puerto Rican wouldn't fly today, Daisy's intelligence conveniently ranges from shrewd to dumb to fit the vagaries of the plot, and the ending is very, very weak. None of this diminishes the sheer visceral appeal, though. The primal “man versus machine” showdown unquestionably delivers.

What else is there to say? It's a flawed, fun story. It's hard to imagine mystics founding a religion with "Killdozer!" as a sacred text, or scholars plumbing its depths for semiotic analysis. Sturgeon is simply inviting your inner child into his sandbox to play with his toy tractor. It isn't anything more than that, and it doesn't need to be anything more, not even for $542.50.

Thank you to Don for this great review of "Killdozer!"